The roommate in question is Craig Mazin, who’s a Hollywood screenwriter nowadays ― he wrote the latter two Hangover movies, most notably. And back in his college years, as a student at the prestigious Princeton University, he found himself in a situation that he says he didn’t much care for: rooming with a young, fresh-faced Ted Cruz.

Over the course of Cruz’s entry into the world of major party politics, Mazin’s Twitter account has been a veritable trove of gross stories, off-putting anecdotes, and cautionary allegations about the Texas senator. And to hear him tell it now, Cruz has done a bit of an about-face on his views on self-pleasure.

Ted Cruz thinks people don’t have a right to “stimulate their genitals.” I was his college roommate. This would be a new belief of his. 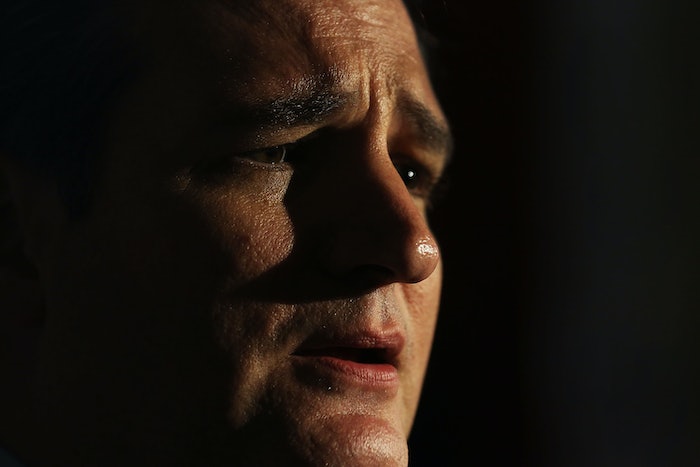 Mazin’s position, for what it’s worth, has been pretty clear: it’s not just about Cruz’s politics, not really. As he said on a 2013 podcast, it’s more an issue of personality than anything.

I have plenty of problems with his politics, but truthfully his personality is so awful that 99 percent of why I hate him is just his personality. If he agreed with me on every issue, I would hate him only one percent less.

This is far from the first time Mazin has made a scathingly funny observation about his time living with Cruz, although really, should enjoying sexual stimulation be considered an “allegation?” Sure, not everyone is into it, but it’s a pretty foundational piece of human existence.

It’s certainly less of an indictment than some of Mazin’s other claims about Cruz ― for instance, that he used to wander near the women’s side of the dormitory hall wearing a paisley bathrobe, and that he left a greasy film on whatever he touched, which Mazin’s friend dubbed “cruhz” (rhymes with “scuzz”). Some of Mazin’s Cruz stories, however, have veered towards the more serious, inflammatory, and upsetting ― like slurring a female student’s mother upon learning she’d had an abortion.