NEW YORK — Throughout the Democratic nominating contest, Hillary Clinton has seized on and emphasized local issues. But never so much as in New York, the state she represented in the Senate for eight years and which hosts a crucial primary tomorrow.

“I’m not going to Washington and forgetting about New York. I’m going to be your partner,” she told 200 congregants at Grace Baptist Church in Mount Vernon yesterday morning, at the start of a whirlwind day that took her to each of New York City’s five boroughs.

In Brooklyn a few hours later, the Democratic front-runner spoke from the bed of a red Ford F-150 pick-up truck. As the crowd chanted “Madame President,” she shouted: “Hello, Brooklyn! In the house and on the street!” 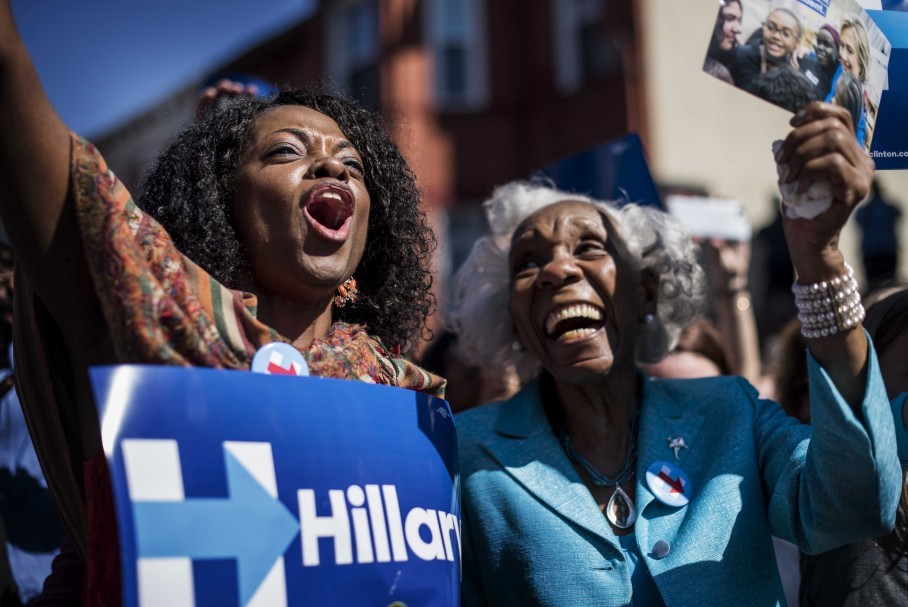 A man in the crowd banged a drum as Hillary spoke in Washington Heights. After being introduced by Rep. Charlie Rangel, she declared that: “The future starts here … in Harlem.” When she finished, she danced to Merengue music.

Showing incredible stamina after a cross-country flight from California the night before, Hillary wrapped up Sunday with a rally in Staten Island. In the most conservative borough of the city, she praised George W. Bush for making sure the state got federal funds after the Sept. 11 attacks “despite intense Republican pressure to back down.” 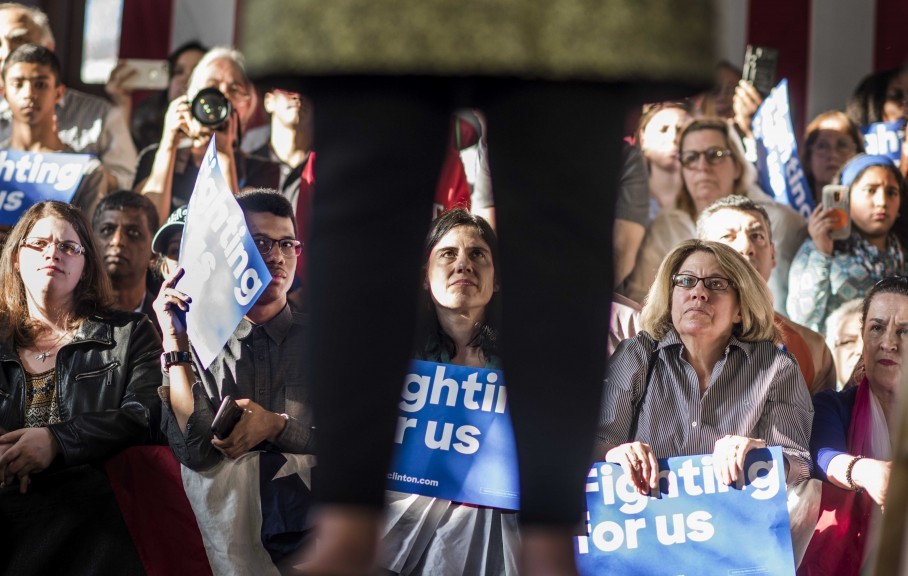 The former, and possibly future, first couple tag teamed. After visiting four cities in Upstate New York on Saturday, Bill Clinton went to three black churches Sunday morning and then spoke at three open air block parties in the afternoon. In Queens, as a 7-train rumbled overhead, he reminisced on his 1992 campaign. At the Rochdale Village housing complex, he explained how minorities benefited from his presidency economically.

In the Bronx, which has a massive Puerto Rican population, Bill focused his remarks on the island’s financial crisis. “We owe them a responsible way of working their way out of all this debt,” the former president said, “neither giving in to all the hedge fund guys who bought their debt for pennies on the dollar and now don’t want to take a small haircut, or the members of Congress who want to impose a new form of colonialism and use it as an excuse basically to remove self-government from the island.”

The Clintons are flooding the zone. Reps. Jim Clyburn (S.C.), John Lewis (Ga.) and Sheila Jackson Lee (Texas) were among the surrogates spread out across the Big Apple on Clinton’s behalf yesterday.

The intensity of Sunday’s campaigning underscores the stakes. If Hillary wins by double digits, which all the polls suggest she will, Sanders’s path to the Democratic nomination becomes extraordinarily narrow. If Sanders wins, she will still maintain a big lead in pledged delegates, but she will be badly bloodied going forward.

After initially hedging, Clinton and rival Bernie Sanders both endorsed controversial legislation yesterday afternoon that would allow 9/11 victims to sue Saudi Arabia in U.S. courts over the country’s possible role in the attacks. The bill is being pushed by senior Sen. Chuck Schumer, but it is being actively opposed behind the scenes by the White House. President Obama is going on Wednesday to Saudi Arabia, a key ally, to meet with King Salman.

The Clinton-Sanders embrace of the Schumer bill is the lead story in today’s Daily News. “The Saudi Arabian government has threatened to sell $750 billion in Treasury securities and other assets in the United States” should Congress pass the bill, the tabloid reports. “It’s a move many of the 9/11 families see as blackmail. … Fifteen of the 19 hijackers were from Saudi Arabia.”

She’s even talking about upgrading the facilities at LaGuardia Airport. “Our infrastructure is below grade in so many ways, we don’t even have an airport in the top 25,” she told the Daily News. “I’m glad at least that we’re looking at upgrades to LaGuardia, which we all know is an embarrassment.”

She also appeared with Gov. Andrew Cuomo when he signed the bill raising the state’s minimum wage to $15 an hour and passing paid family leave as part of the state budget. 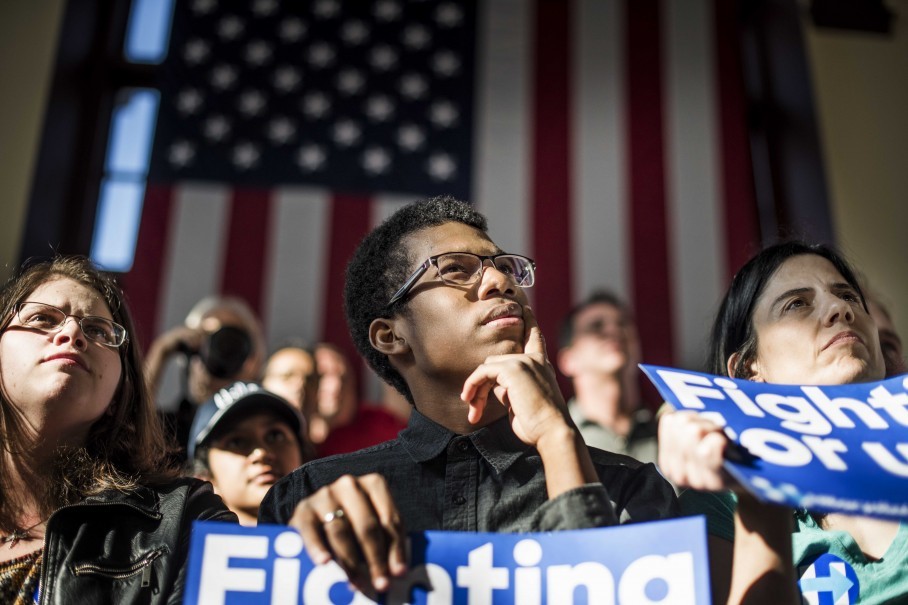 In the New York City media market, the Clinton campaign is running several customized ads. One touts her work to help start a public school for African American boys in the Bronx. A Spanish-language commercial notes that 180 languages are spoken in the city’s schools and says Hillary has been standing up for immigrants throughout her career. A third spot, in English, notes that Hillary has the support of the Daily News and the New York Times.

In the Upstate markets, she’s running two commercials about bringing jobs home as a senator. The first highlights her work to help establish the Buffalo Niagara Medical Campus, “now home to 100 companies and 12,000 high-tech jobs.”

“In the Adirondacks, she helped get businesses online,” a narrator says in the other. “She helped Finger Lakes farmers sell their products in big cities, stood up to China to protect our workers, helped create high-tech manufacturing jobs in Albany, clean energy jobs in Rochester, and biomedical jobs in Buffalo.” 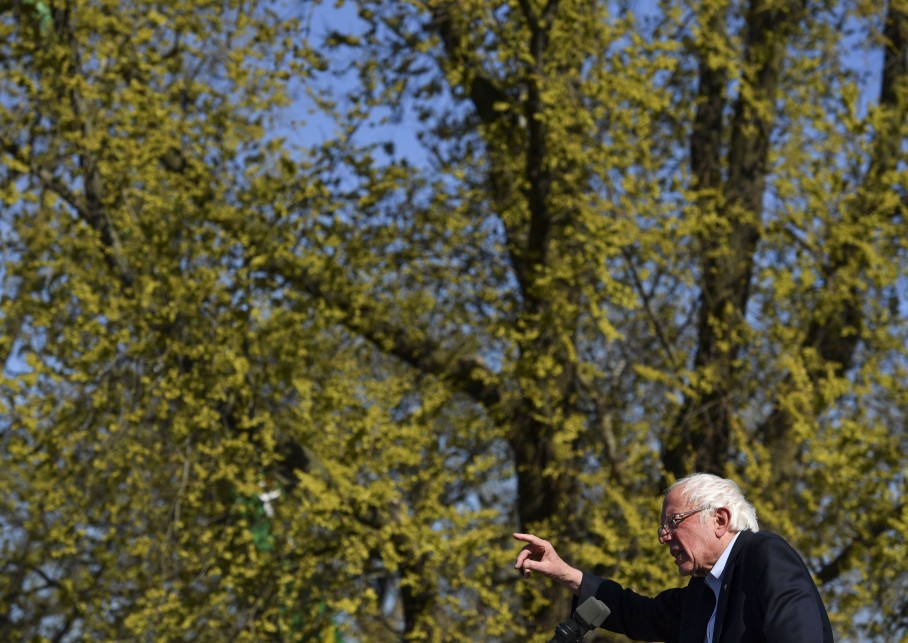 — Sanders, who has been criticized for a one-size-fits-all message, has been tailoring his pitch in New York more than in any of the previous states he’s campaigned in. The senator spoke at a Unitarian church Saturday night in Brooklyn, where he grew up, and an African American church in Harlem on Sunday morning. Then he visited a run-down public housing complex in that borough to release an affordable-housing plan. He wrapped up yesterday with a rally in Prospect Park that his campaign said drew 28,356 – the biggest crowd of his campaign. 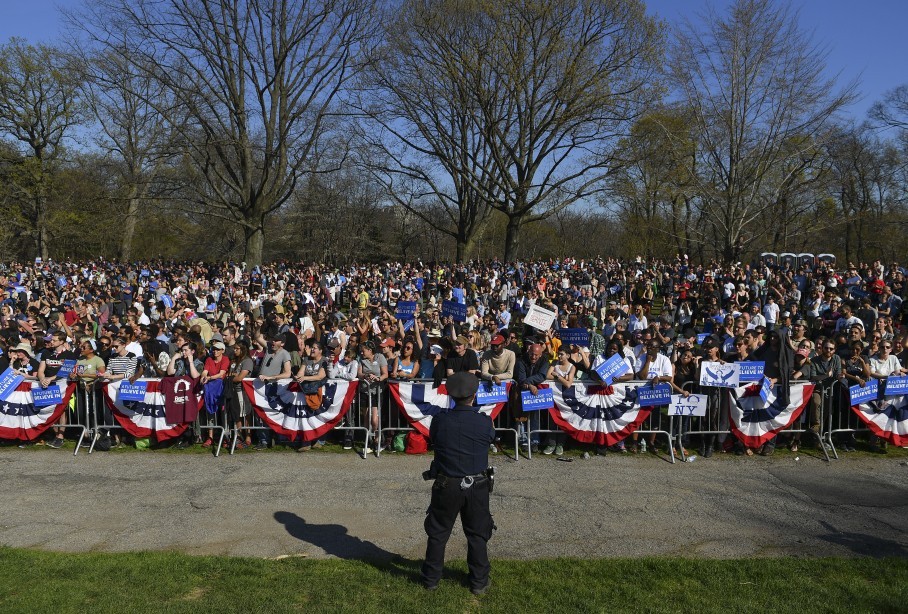 Sanders’s closing ad in the state highlights his roots and compares him to Franklin D. Roosevelt. “Even when the deck is stacked, a New Yorker will find a way to break up big banks, create millions of jobs and rebuild America,” a narrator says over archival footage of the former president during the New Deal era. “Some say it can’t be done again. But another native son of New York is ready: Bernie.”

— Two weeks ago, Sanders put out a statement calling for the closure of the Indian Point nuclear power plant in Westchester. He called it “a catastrophe waiting to happen.” Clinton responded during a local TV interview by touting her work to improve oversight over a decade ago. She used the plant to highlight the broader contrast between them. “I’m glad he has discovered Indian Point,” Clinton scoffed. “We also have to be realistic and say: You get 25 percent of the electricity in the greater New York City area from Indian Point. I don’t want middle class tax payers to see a huge rate increase. So this needs to be done in a careful, thoughtful way.” 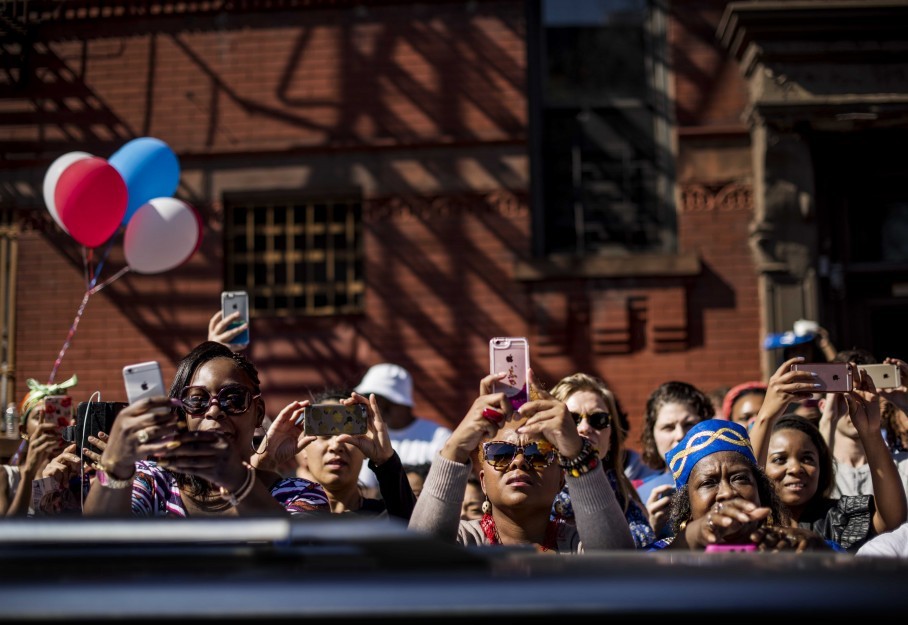 — Bernie is pre-spinning his expected loss in the Empire State, blaming the state’s closed primary. Just like two of Donald Trump’s kids cannot vote for him because they missed a deadline to register as Republicans, many liberals who are not registered as Democrats will not be able to back Sanders. “The democratic socialist’s success has been bolstered by independent voters in states where they were permitted to vote. But the improbable odds of winning the nomination in a party Sanders doesn’t even belong to may finally be catching up to him,” David Weigel and John Wagner report.

Independents have made the difference for Sanders in several key states: “In Michigan, where Sanders won his greatest upset, Clinton beat him by 18 points among self-identified Democrats, according to exit polls. In Oklahoma, one of the few states that Clinton won in 2008’s primary but lost this year, she beat Sanders by nine points with Democrats. In Wisconsin, Sanders won overall by 13 points; he split the Democratic vote with Clinton 50-50.” All three states had open primaries.

— Donald Trump also continues to dominate in New York ahead of tomorrow’s primary. A CBS News poll gives him 54 percent in his home state, followed by Ted Cruz at 21 percent and John Kasich at 19 percent.