In Quest For Happier Chickens, Perdue Shifts How Birds Live And Die – NPR 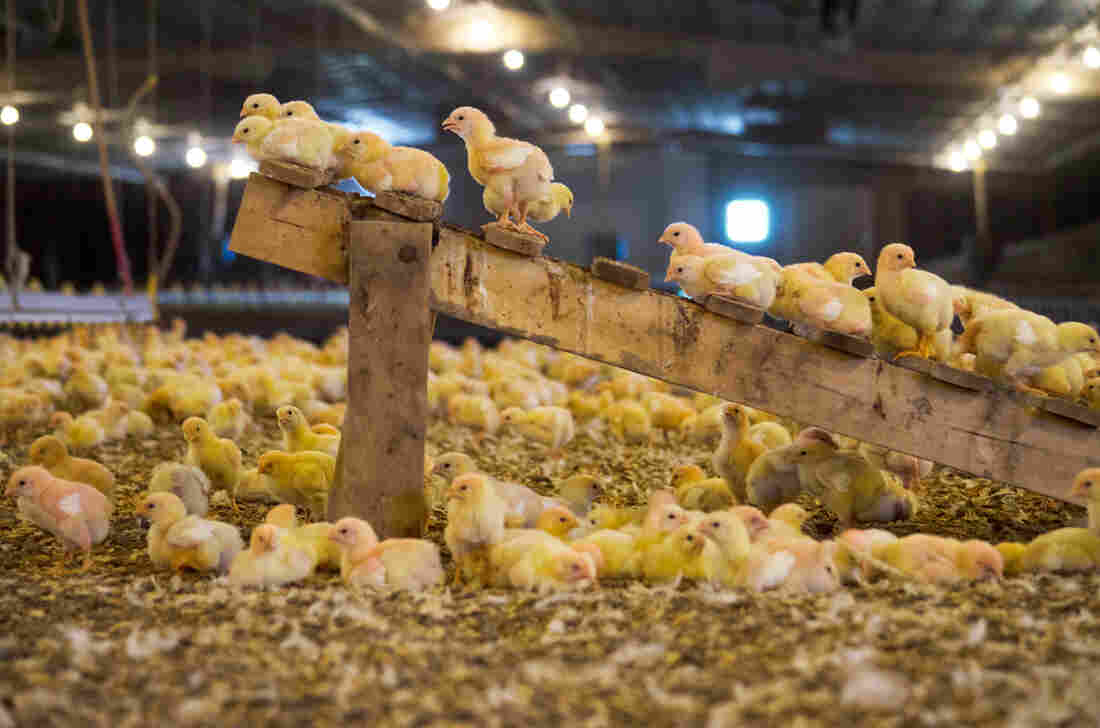 Perdue will study the effects of features such as perches in chicken houses. It hopes to double the activity levels of its chickens in the next three years. Business Wire hide caption

One of the country’s leading poultry companies — Perdue Farms — announced plans Monday to make both life and death a little easier for its chickens.

The changes are a break with current standard practices in the industry, and animal welfare groups are cheering.

Jim Perdue, chairman of Perdue Farms, says there’s a simple motivation behind the new initiative. Consumers, especially millennials, “want to make sure that animals are raised in as caring a way as possible. With the least stress, the least discomfort.”

On that score, his industry is under pressure. Animal rights groups have released videos recorded inside poultry houses that show chickens with broken legs or with breasts dragging on the floor.

A year or so ago, Perdue Farms invited one of those groups, the Humane Society of the United States, to visit the company and lay out its critique.

“We went through the top issues regarding the poor treatment of animals in the chicken industry,” says Josh Balk, senior food policy director at the Humane Society. “Some of the issues, the company saw themselves as a problem.”

Attitudes were shifting inside the corporate headquarters at Perdue Farms, in part because of the company’s decision to acquire Coleman Natural, an organic chicken producer, in 2011.

Bruce Stewart-Brown, a veterinarian and senior vice president of Perdue, says his company started to appreciate some of the advantages of organic production methods. “You go into those chicken houses and … there’s several things that really jump out at you,” he tells The Salt. “The chickens are more active. You enjoy being in the chicken house. And you come back and you go, ‘Look, maybe we can transfer some of these techniques to the rest of our chickens.”

One result was an industry-leading initiative to drop the use of antibiotics in conventionally raised chickens.

Perdue is now announcing a new initiative focused on animal welfare. Josh Balk, from the Human Society, calls it “precedent-setting.”

One part involves procedures for slaughtering chickens and turkeys. Currently, when birds arrive at typical poultry processing plant, they’re hung upside down in moving shackles. Their heads then go into a water bath that contains an electrical current, which stuns them and renders them unconscious before they’re slaughtered.

Perdue is now promising to abolish the shackles and knock the birds out with gas instead. “It’s a dramatically less cruel way to kill these animals,” says Josh Balk.

Perdue is also planning to change the poultry houses, adding windows to provide natural light and perches for chickens to sit on. This is supposed to encourage chickens be more active.

Slower growth rates currently come at a cost, though. A slow-growing chicken requires more feed — and thus more money — to accumulate the same amount of meat. Bruce Stewart-Brown admits that this is a “critical” consideration. He’s hoping research will allow the company to minimize the additional cost.

The company is also hoping that any additional costs will be outweighed by increased sales. Jim Perdue says he’s encouraged by the company’s experience so far with its antibiotic-reduction initiative. “We feel that as long as we stay in tune with the consumer, we’ll be OK,” he says.