-Pregnant women should avoid travel to one Miami neighborhood

The warning came after 10 additional people in Florida were found to have been infected with Zika virus after being bitten by local mosquitoes, bringing the total to 14.

Florida Gov. Rick Scott and CDC Director Dr. Tom Frieden announced the development in separate news conferences Monday. The new cases were found by door-to-door surveys of 200 people in their homes and businesses, and they were identified by urine and blood samples that tested positive for the virus or an antibody.

“New test measurements over the weekend showed a risk of continued active transmission in that area,” Frieden said. “Because of this finding, we are advising pregnant women not to travel to that area and if they have traveled there on or after June 15 to visit their health care provider for testing.” 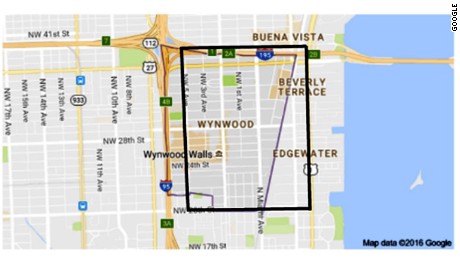 June 15 is the earliest day, said Frieden, that local health officials believe the mosquitoes could have passed the virus, which they obtained by biting a person who had returned to the United States with the disease. Since four out of five people with Zika have no symptoms, it’s possible that “person zero” had no idea they were infectious.

“With 40 million travelers to and from areas where Zika is actively circulating, many can come back who feel perfectly fine,” Frieden said. “But the virus could be hitchhiking in their blood. That’s why everyone who travels to one of those areas should use insect repellent for at least three weeks after they return.”

Additional precautions recommended by the CDC about the Miami outbreak include:

-Pregnant women who live in or travel to the area should be tested for Zika infection in the first and second trimesters of pregnancy, even if they have no symptoms of the virus.

-Pregnant women and their male and female partners who live in the area should prevent mosquito bites and use proper sexual protection for the length of the pregnancy, or abstain from sex altogether.

-Male or female partners of pregnant women who have traveled to this area should use safe sex measures for the rest of the pregnancy.

-Women and men who have traveled to the affected area should wait eight weeks to conceive after their return, while men with symptoms should wait a full six months.

Scott wasted no time in asking for CDC assistance.

“Following today’s announcement, I have requested that the Centers for Disease Control activate their emergency response team to assist (the Department of Health) in their investigation, research and sample collection efforts,” Scott said. “Their team will consist of public health experts whose role is to augment our response efforts to confirmed local transmissions of the Zika virus.”

CDC personnel are already on the ground in Florida, Frieden said, with more members of the community emergency response team arriving over the next few days. Their first task will be to understand why local mosquito control efforts failed.

“In Miami, aggressive control measures are not working as well as we would like,” he said. “The mosquitoes could be resistant to the pesticides being used, or the mosquitoes could be hiding in what we call ‘cryptic’ breeding places that are hard to find, like very small amounts of water where they can hatch.

“The Aedes aegypti is a really tough mosquito to control,” Frieden added. “When Key West had an outbreak of dengue, which is carried by the same mosquito, that outbreak continued for more than a year. It’s a demonstration of how intensive the efforts need to be to control the mosquito.”

On-the-ground testing could take several weeks, Frieden said, stressing that precautions should continue to be taken by everyone living in the area or traveling to and from it. Those precautions include applying insect repellent containing 25% DEET to uncovered skin, wearing long-sleeved shirts and long pants that are thick enough to repel a mosquito bite, using air conditioning and screens on doors, and removing standing water where mosquitoes lay eggs.

U.S. health officials had warned that there would be local transmission of the virus from mosquitoes but say they don’t expect it to be widespread, as has been seen in Puerto Rico and throughout the Americas. That’s based on outbreaks of two similar mosquito-borne diseases, dengue fever and chikungunya. The reason is largely because of living conditions, including mosquito-control efforts and regular use of air-conditioning.

The vast majority of cases of Zika in the United States have been from travel to other countries where the virus is actively circulating, a total of more than 60 countries and territories.

Nearly every state is reporting cases of the virus; only Idaho, South Dakota, Wyoming and Alaska have not reported it. Until the announcement Friday in Florida, none of those cases was from local mosquito transmission. Fifteen of those individuals were infected by sexual transmission, and there is one case of a laboratory-acquired infection.