-Cruz, Christie, Giuliani and more could all pay a price

-Cozying up to Trump may have a downside after the election

Collapsing under the weight of his past behavior, the Republican nominee’s campaign is going out with a flash bang, sending shock waves across the political galaxy.
Republican concerns now center on whether his fiery explosion will leave behind a black hole — dragging the party’s top leaders and aspiring stars into a post-Trump oblivion.
RELATED: Obama’s been thinking about outer space, too
Here are eight Trump allies and boosters at risk of seeing their futures erased and legacies tarnished by their proximity to the collapsing candidate:

In a parallel universe, Ted Cruz is seen as teeing up a 2020 run under the banner of the GOP’s loyal opposition.
Trump had trashed his wife and taunted his father, suggesting Rafael Cruz was pals with JFK assassin Lee Harvey Oswald. An endorsement seemed rather unlikely. Trump said as much.
Cruz, too, seemed to reject the idea out of hand, first calling Trump a “utterly amoral,” then, after refusing to back the nominee this summer, by telling the Texas delegation at the Republican National Convention he would not “come (to Trump) as a servile puppy dog and say, ‘Thank you very much for maligning my wife and maligning my father.'”
But the gravitational pull — toward power and a candidate rising in the polls — was too strong. On Sept. 23, days before the first presidential debate, Cruz announced that after “many months of careful consideration, of prayer and searching my own conscience,” he would back Trump.
Trump promptly plummeted in the polls as his campaign became consumed by a deluge of disturbing scandals. Cruz considered rescinding his endorsement, but didn’t.

The most powerful elected Republican, House Speaker Paul Ryan, has painted himself as a most reluctant endorser.
He withheld his backing for months, finally bowing in June. But Trump would soon be consumed with the controversy surrounding his attack on an American judge of Mexican descent. Ryan described the nominee’s words as the “textbook definition of a racist comment.”
But the endorsement remained, both as a means of protecting and appeasing his down ballot Republicans colleagues. Even now, with Trump mired in accusations of sexual assault after being heard bragging about similar actions in a 2005 video, Ryan remains onboard — even as he refuses to further defend Trump and tells his members to “do what’s best for you and your district.”
For Democrats faced with a Ryan presidential run, the attack lines write themselves. 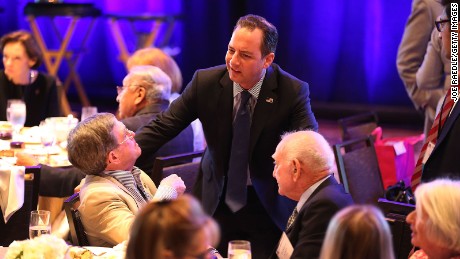 What could have been!
Reince Priebus entered the 2016 cycle one general election win away from leaving his post with Republicans running both chambers of Congress and the White House. He may walk away now, if current polls hold, as the overwhelmed “Kenosha political operative” who got caught flat-footed as the Trump Train barreled over his party and plans for a more inclusive GOP.
For nearly 16 months, Priebus has sought to manage and moderate Trump. He even got him to sign a loyalty pledge. But the party apparatus was fundamentally unprepared to cope with Trump — or his appeal to a constituency that had, with the chairman’s apparent blessing, been served so much red meat for so long that it could hardly be faulted for demanding an even bloodier cut. 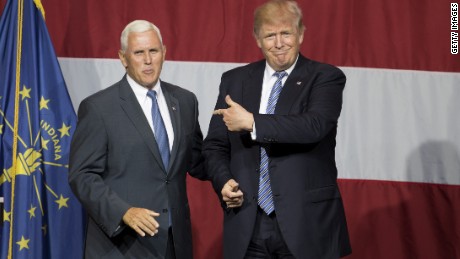 Pence’s vice presidential debate performance went down well with Republicans, who briefly recalled the benefits of supporting a more traditional candidate.
Then came the tape — and Pence’s opportunity to bail. Instead, the Indiana governor put out a harshly worded statement, said he was praying for Trump and his family, and dropped off the radar, emerging again a day later to renew his vows to the nominee.
Pence has described himself as a “Christian, a conservative and a Republican, in that order,” but history will recall another loyalty — to Trump. 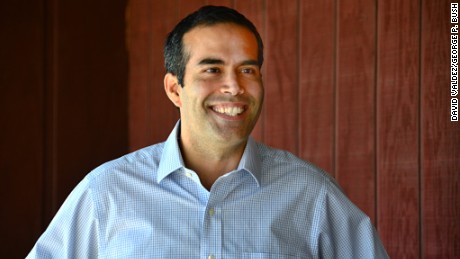 The son of Jeb Bush, George P. was elected Texas land commissioner in 2014 — a stepping stone, many believe, to higher office.
But his decision this summer to endorse Trump — who built his campaign first on defaming Mexican immigrants like Bush’s mother, Columba, and then on humiliating his “low energy” father during the primary debates — will raise serious questions going forward.
So what made him think it was a good idea? In a bit of cosmic irony, one report suggested Bush, who didn’t endorse until after the GOP convention, was taken by the reaction to Cruz’s refusal to endorse Trump at the RNC.

Bridge scandal issues notwithstanding, Christie’s background and reputation as a federal prosecutor earned him a place on any Republican president’s shortlist for US attorney general.
But rather than holding off until 2020, when he could launch another White House run and further build his national credentials, Christie became one of the first establishment figures to join forces with Trump.
For his trouble, the increasingly unpopular New Jersey governor has been publicly mocked by his new boss and made himself radioactive as a future political appointee. Even as he made it clear earlier this week that he had no interest in defending Trump’s comments about women or his attacks on Bill Clinton, Christie again pledged his loyalty.

The twice-elected Florida attorney general is a prolific fundraiser who was touted as a potential gubernatorial candidate in 2018.
She ruled out that run, but was generally regarded as a “rising conservative star” with a toehold in one of the country’s swing states. But soon after hitching her star to Trump, Bondi’s political operation came under scrutiny for accepting donations from the real estate magnate while it considered — and ultimately decided against — bringing a case against his Trump University.
Florida is an interesting place, so Bondi’s Trump connection is hardly a death knell, but any future endeavors will be met with an implicit layer of suspicion. 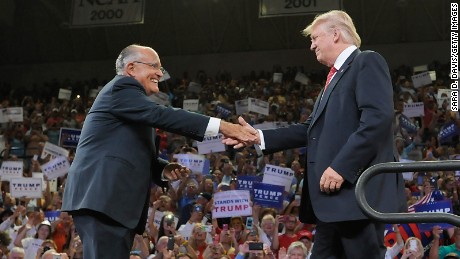 Remember “America’s Mayor”?
Rudy Giuliani refashioned himself into a national security guru after 9/11, a badge he mostly maintained through scandal and a failed presidential campaign in 2008.
But his time on the stump with Trump has brought out the former New York City mayor’s dark side — culminating in a series of pained and painful appearances in which he sought to defend some of Trump’s ugliest rhetoric.
The attorney general’s office might have been a possibility for Giuliani under President Trump, but those dreams are nearly dashed and his post-9/11 legacy, a longtime meal ticket, is at risk of being swallowed up by this fall’s presidential implosion.