A CNN review of Trump’s most recent financial disclosures show the President-elect has about 150 companies that have had dealings in at least 25 countries outside of the US, including Turkey, China, Saudi Arabia, and Azerbaijan.
Those business interests have ranged from beverage sales in Israel to golf course developments in the UAE.
Although the location of some of Trump’s foreign business deals could overlap with future foreign policy decisions, many of Trump’s foreign business ties involve licensing deals, in which another party owns the property and pays Trump to use his brand. The Trump Organization has created multiple companies to individually handle each of these deals.
For example, the President-elect listed two separate companies in his disclosures linked to the Trump Tower in Punta del Este, Uruguay. Although a brochure promoting the property includes a photograph of Trump and quotes his praises of the building, his organization’s website discloses that developer Aetos SA owns the property and states it is not “developed or sold by Donald J. Trump.” 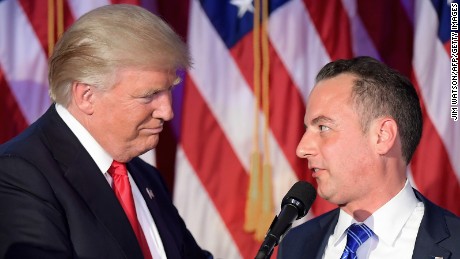 Japanese Prime Minister Shinzo Abe met with the President-elect last week in Trump Tower but no American reporters and media photographers were present. Instead, a photo was released, showing Ivanka Trump attending the session, and Japanese media released video of the meeting.
That meeting, according to reports, also resulted in an exchange of gifts including a gift to Trump of a gold driver made by a company called Honma with an estimated value of around $4,000.
Later that week, two businessmen from India who currently own Trump-branded properties near Mumbai, India, met with him at Trump Tower. It was merely a social call according to the Trump Organization.
That meeting in particular is raising questions. It is not illegal for a sitting president to run a business but it is a question of ethics and optics.
Trump tweeted late Monday night that it was well-known that he had foreign interests prior to the election.
KellyAnne Conway, the President-elect’s adviser, told reporters that she is “very confident” that Trump is not breaking any laws.”
“He has many lawyers, accountants and advisers who tell him he must do and what he can’t do,” she said.

Would a blind trust work?

One difficulty to be faced is that a large part of Trump’s business empire is himself. His partners across the globe purchase the right to license his name and his brand because it often brings in more rent money for hotel rooms, office space and condominiums.
A former Bush administration lawyer, Richard Painter, told CNN that one solution is a blind trust. But that’s not perfect by any means.
“You can’t just put the assets in a blind trust and pretend you don’t own them,” Painter says. “That’s not a blind trust. You have to dispose of the assets first through an initial public offering or some other plan.” 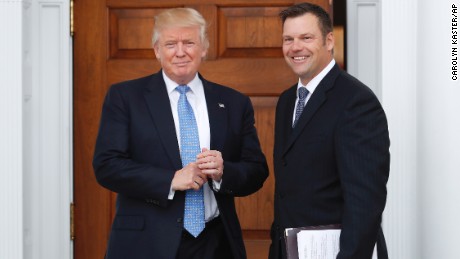 In a debate during the Republican primary season, Trump said he would pass the brand on to his children but then conceded he didn’t know exactly if that would work.
“I would probably have my children run it with my executives and I wouldn’t ever be involved because I wouldn’t care about anything but our country,” he said.
Republican Rep. Sean Duffy said Trump’s businesses need to be truly separated from the White House.
“You can’t have a scenario where the Trump Organization goes to the kids but the kids are also part of the administration. You have to make sure you’re truly walled off and Mr. Trump is focusing on America and there’s no self-interest or self-profit in what he does as the President,” Duffy told CNN’s Wolf Blitzer on “The Situation Room” Monday. 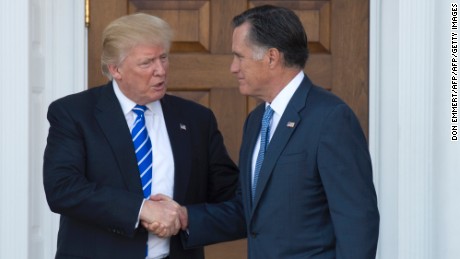 “As you saw, the concern with Hillary Clinton was that in the State Department, she was helping raise money — or the allegation to raise money — with the Clinton Foundation. Americans were outraged by that. You don’t want to see Mr. Trump in the same scenario.”
Republican Congressman Justin Amash agreed, tweeting: “You rightly criticized Hillary for Clinton Foundation. If you have contracts w/foreign govts, it’s certainly a big deal, too.”
“He doesn’t have any power yet. That’s what’s key,” Duffy said. “This has to be done by January 20, but what happens today I think the processing of putting these assets into a blind trust or at least walling them off so he doesn’t have access to the process or decisions.”