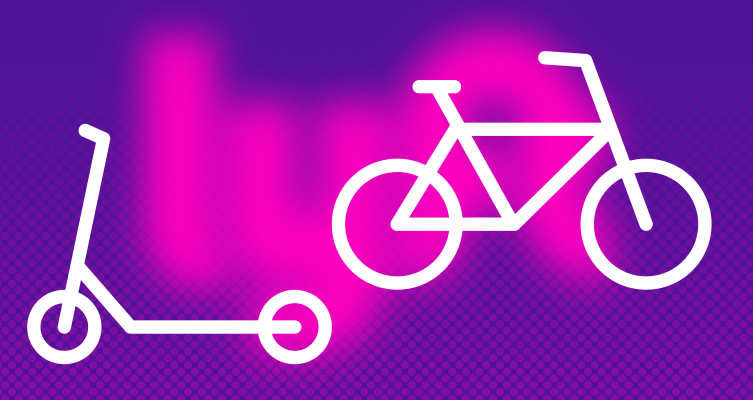 Lyft, the ride-share giant that last week closed on $600 million in fresh funding, just announced the latest move in its ongoing chess match with its older and better-funded competitor Uber. It has acquired Motivate, the oldest and largest electric bike-share company in North America, for undisclosed terms.

Motivate, which operates in New York as CitiBike; in Washington, D.C., as capital bikeshare; and in San Francisco as Ford GoBike, was reportedly on the cusp of selling to Lyft several weeks ago, with Motivate said by the outlet The Information to be likely to fetch $250 million or more. Final terms of the deal aren’t being disclosed, but certainly, the deal seemed inevitable after Uber paid a reported $200 million in April for Motivate’s most direct U.S. competitor, the bike-sharing startup Jump (renamed in recent years after operating previously as Social Bicycles, or SoBi).

Whether bike sharing will provide a lucrative new stream of revenue for either company remains a question mark. While bike-share companies have long insisted that they make their bikes as efficiently and cost-effectively as possible in partnership with China-based manufacturers, they haven’t proven lucrative businesses to date. As of last year Motivate — which bought Citi Bike from Alta in 2014 — which oversees many thousands of  bikes across bike-sharing programs in nine U.S. cities and recorded more than 1.8 million rides in New York City alone in the month of May, still wasn’t profitable, according to source close to the company who we’d spoken to at the time.

Still, the companies are looking for new ways to not just ferry people but also other goods, which these bike operations enable them to do more effectively. It gives them the ability to tout their commitment to carbon neutrality, as Lyft did today in its announcement about the deal. Further, ride-share companies increasingly have no choice when it comes to getting their customers to their destinations. As recent funding rounds for e-scooter companies in particular demonstrate, plenty of urban dwellers would prefer to hop on a bicycle or scooter to avoid the growing amounts of congestion that cities are experiencing as the economy chugs along for the 10th year in a row.

Indeed, along with e-scooter companies Bird and Lime and Spin, both Uber and Lyft applied recently for permits that would enable them to place their own e-scooters on the streets of San Francisco.