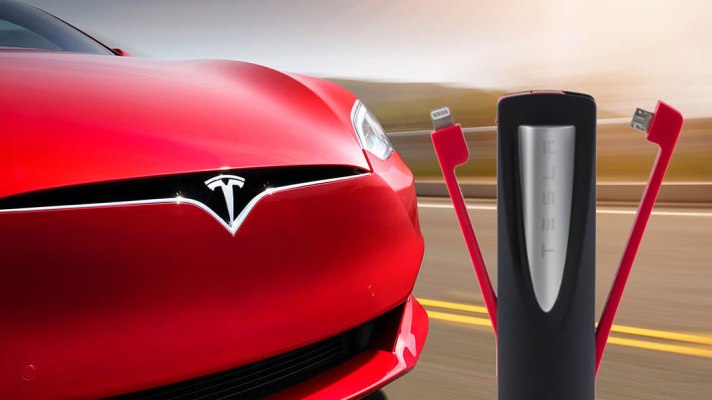 Tesla has reached a deal with the Shanghai government to build a factory capable of producing 500,000 electric vehicles a year.

The factory would be the automaker’s second assembly plant and aimed at serving the alluring Chinese market. Tesla and the Shanghai Municipal People’s Government announced Tuesday they had signed the cooperative agreement.

Tesla announced last year it was working with the Shanghai Municipal Government to explore the possibility of establishing a factory in the region. Construction on the factory, which the company has dubbed Gigafactory 3, is expected to begin “in the future after we get all the necessary approvals and permits,” a Tesla spokesman told TechCrunch in an emailed statement.

“From there, it will take roughly two years until we start producing vehicles and then another two to three years before the factory is fully ramped up to produce around 500,000 vehicles per year for Chinese customers,” the spokesman said.

Tesla hasn’t provided an estimate of what the factory might cost to build. That’s a critical data point for Tesla which has been pouring through cash as it tries to ramp production of its Model 3 vehicle.

Still, the deal is a milestone for Tesla and Musk, who has long viewed China as a crucial market. It’s also notable because this will be a wholly owned Tesla factory, not a traditional joint venture with the Chinese government. Foreign companies has historically had to form a 50-50 joint venture with a local partner to build a factory in China.

Chines President Xi Jinping has pushed forward plans to phase out joint-venture rules for foreign automakers by 2022. Tesla is one of the first beneficiaries of this rule change.

Tesla is particularly exposed to escalating trade tensions between China and the U.S. because the company doesn’t have a factory in China, unlike other automakers such as BMW,  Ford Motor, GM. Tesla builds its electric sedans and SUVS at its factory in Fremont, California and ships them to China, which subjects the vehicles to an import tariff.

China raised its tariff on auto imports from the U.S. to 40 percent in retaliation against the Trump Administration decision to put additional duties on Chinese-made goods, forcing Tesla to raise prices on its electric vehicles there.

“Shanghai will be the location for the first Gigafactory outside the United States,” Tesla CEO Elon Musk said in a statement. “It will be a state-of-the-art vehicle factory and a role model for sustainability. We hope it will be completed very soon. We’ve been impressed by the beauty and energy of Shanghai and we want our factory to add to that.”