You can play Alto’s Adventure on your Mac now 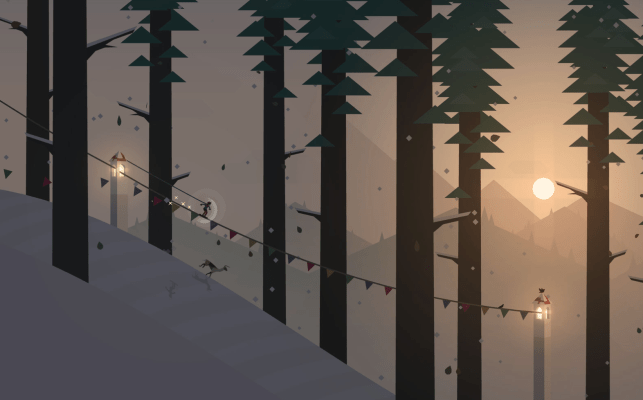 Everyone’s favorite endless, serene snowboarding game just made the leap from mobile to the Mac App Store. Available now for $9.99, Alto’s Adventure for Mac is a desktop port of the side-scrolling snowscape game that’s won hearts and accolades since it first hit iOS in 2015.

Earlier this year, the team behind Alto’s Adventure introduced a second game, Alto’s Odyssey, which trades the first game’s snowy terrain for sand and sun while maintaining its charm. If you’ve already spent some time with Alto’s Odyssey, the Mac version of the classic is a good reason to circle back.

The game’s serene setting and blissed out music make Alto’s Adventure eminently replayable, even if you’ve already sunk tens of hours into lengthening your scarf in an infinite procedurally generated snowy world dotted with charming villages, dramatic slopes and many, many things to trip over.

If you’ve yet to dive into Alto’s Adventure, and we really recommend that you do, the Mac version is probably a good starting place. For everyone else, progress in the game syncs across devices through iCloud, so it’s a good excuse to push a little further into one of the most thoughtful, pleasant mobile game experiences to date.

And while you’re hanging out in the Mac App Store, don’t forget to update to Mojave — Apple’s latest desktop operating system is available now.