Tarform debuted new e-motorcycles but is there a U.S. market?

With more failures in the electric motorcycle industry than going concerns and a contracting American motorcycle market, now would seem to be an odd time to launch a new bike into the EV arena. But Tarform, a new startup that unveiled its first vehicle last month in Brooklyn, is undeterred.

That’s despite the fact that the company will likely face an uphill ride selling its high-end, higher priced e-motos.

The EV upstart recently pulled the cover off its first e-motorcycles—prototype Café and Scrambler models at Brooklyn’s NewLab.

With the debut, the New York and Stockholm based startup now moves into testing phase and taking orders for its first production electric two-wheelers, expected to manufacture by late 2019.

Before getting back to the sobering EV topic of achieving scale and profitability, Tarform is committed to bringing a fresh design aesthetic to the motorcycle world.

For its prototype debut, the company did more than source parts and slap batteries into motorcycle frames. 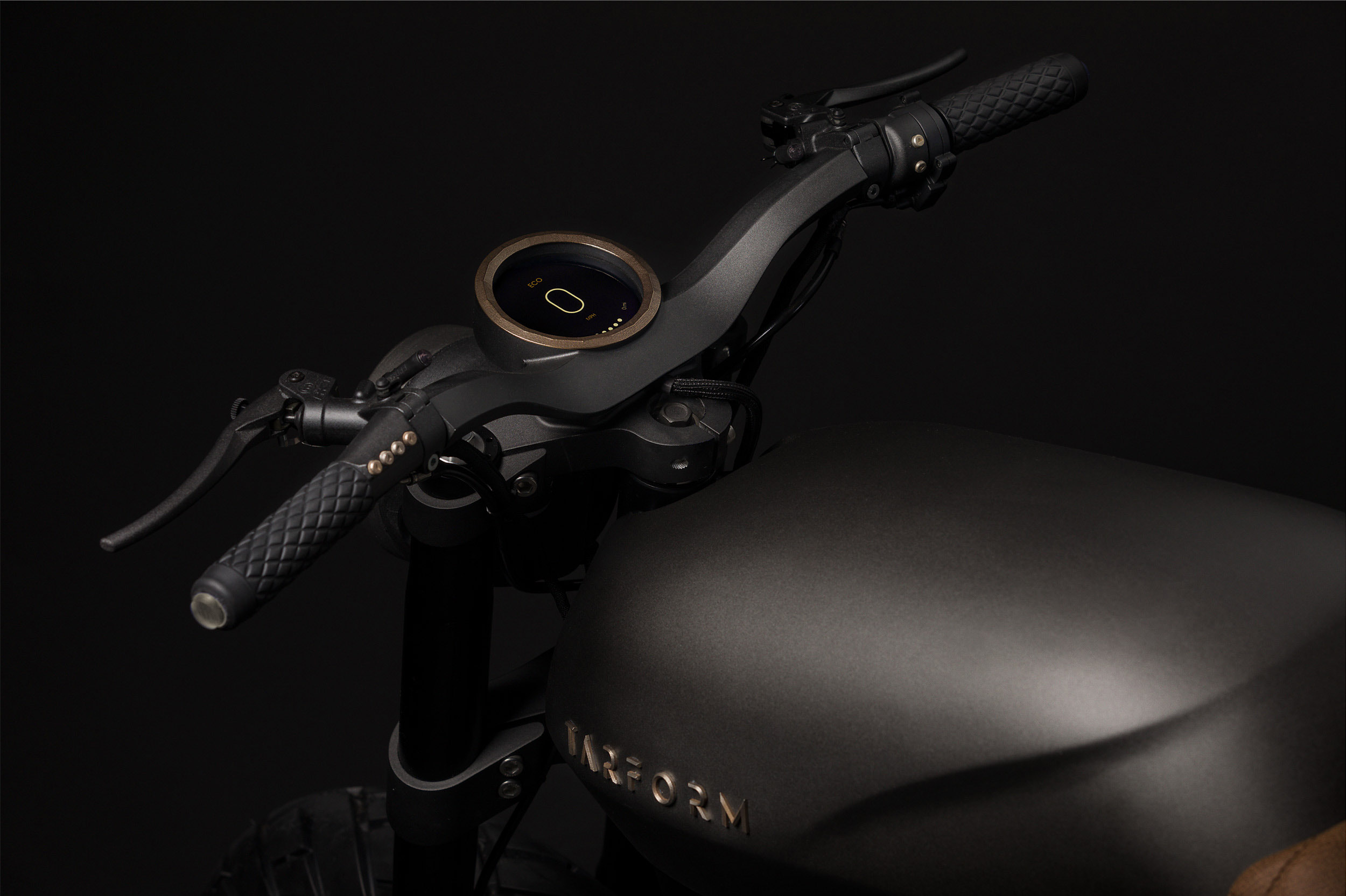 “In order to distill the form to only the essentials, we were challenged to redesign every component,” said CEO and founder Taras Kravtchouk—an industrial design specialist, former startup head, and passionate motorcyclist.

From the swingarm to the pegs, speedo, fairing and handlebars—the company custom engineered a large portion of the Café and Scrambler prototype parts. Each also has a custom sound produced by a transducer inside the tank that matches a low pitch hum to motor revs.

A lot of the important stuff—such as the battery, suspension, and current power regulation system are sourced—but Tarform looks to shift toward more proprietary features, including a digital power delivery system with AI functions.

“Were talking to a company in Sweden to do a custom vehicle control unit to integrate Bluetooth connectivity [and ultrasonic proximity sensors],” Kravtchouk told TechCrunch.

“You’ll be able to sync your ride to an app…and get inputs on your riding behavior…to become a better rider.”

Tarform will offer two variants of its production motorcycles. Version one will be a 9kWh, 53 horsepower, 350 pound two-wheeler with a 95 mile per hour top speed and 129 mile range.

Charging time will be 3.5 hours to 80 percent and 8 hours to full power using a standard electrical outlet. A fast-charger option will get the bikes to 80 percent in less than an hour.

The starting price to pre-order one of Tarform’s first production motorcycles is $18,000. 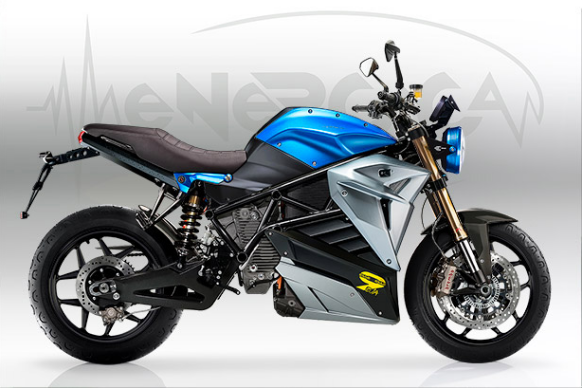 That compares to $8K for an entry level FX from Zero—America’s highest selling e-motorcycle manufacturer—and $24K for an Eva EsseEsse9 from Energica, a high-performance Italian EV startup with a U.S. sales network.

As for market positioning, Tarform aims to attract buyers by hitting that optimum balance of performance and design, according to Kravtchouk.

On power and range, “the question is how much we compromise the design [for a bigger battery], without making the bikes look fat and ugly. We’re trying to find a compromise,” he said.

Some people may want to have “a bike that looks sweet” with a slightly shorter ride distance, versus “a bike that goes further with a big battery jammed into it,” he said.

And that pivots to the business side of the equation for Tarform as an EV startup. A core part of the company’s value proposition is to create motorcycles that recapture the imagination of young folks.

As we’ve covered here at TechCrunch, the U.S. motorcycle industry has been in the doldrums since the recession.

New U.S. sales dropped roughly 50 percent since 2008, with sharp declines in ownership by everyone under 40. Motorcycle manufacturers are now largely competing for an aging and shrinking American buying demographic.

Females are one of the only growing ownership segments. And per an Insurance Institute for Highway Safety study, total motorcycles on the road actually increased from 2008 to 2017—though nearly 75 percent of registrations are for bikes over seven years old.

So some Americans are buying motorcycles—but often not new ones—and the industry is (by and large) not connecting with 20 and 30 somethings.

Tarform believes e-motos (theirs in particular) can bring at least some segment of a more tech and design savvy younger generation back to motorcycles.

Of course, they’re not the only ones, and as mentioned, there have already been several flops in the U.S. market. Electric motorcycle startups Brammoand Mission Motors already tried and failed. And per TechCrunch’s recent reporting, California based Alta Motors—that had $45 million in VC—ceased operations two weeks ago.

Meanwhile, Energica and Zero Motorcycles have revved up U.S. promotion, distribution and sales.  The two have extensive R&D facilities and roughly $90 million in VC among them.

Then there’s Harley Davidson’s full commitment to EVs. This year the company announced the debut of a production e-moto by 2019, an expanded electric line-up to follow, and the opening of a Silicon Valley research facility to support it all. 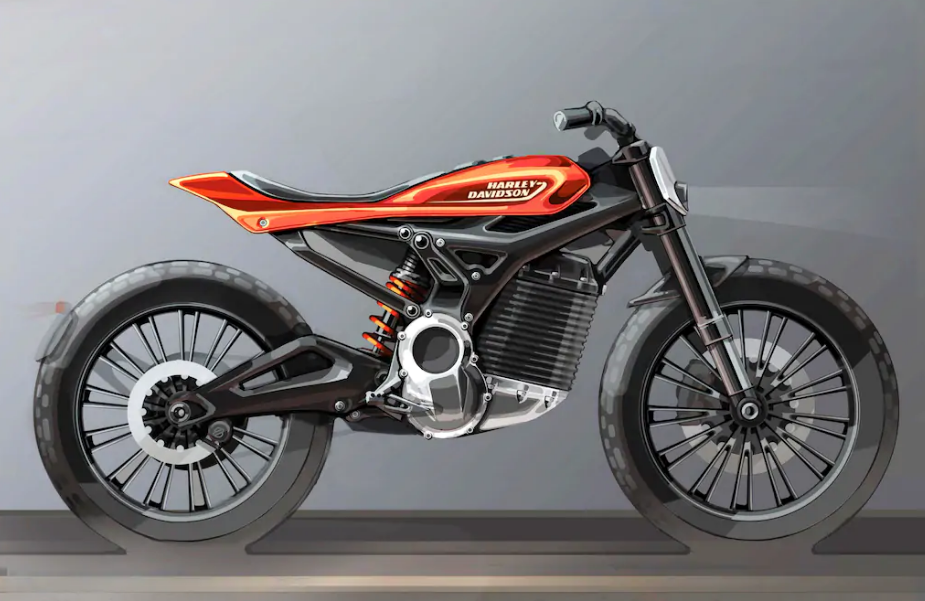 With their largely untested and higher priced product Tarform, faces a rough ride to compete with these companies in what is still a shrinking U.S. motorcycle market.

But going head to head with Harley or capturing existing market share from other e-moto startups isn’t necessarily Tarform’s strategy, according to CEO Kravtchouk.

“We’re not in the arms race. We’re not saying we’re faster than anyone else…We think our positioning is a little bit different,” he said.

“Since we started showing the design…so many people who are not motorcycle riders have come forward and said, ‘I want to ride that thing,” explained Tarform’s CEO.

Over the next year Tarform will look to see “how the market responds” to its first offering before raising a round.

“Before getting big funding we want to show we’re able to build this in a small garage in Brooklyn. Then the startup will “want to partner up with major manufacturers to take it to the next level,” said Kravtchouk.