Gift Guide: 12 really useful gifts for the friends who just had a baby

There’s just way, way too much junk out there marketed at new parents. A lot of it seems useful until you realize it’s just taking up space.

As it turns out, Team TechCrunch had a lot of babies this year. Really — backstage at TechCrunch Disrupt SF was like a lil’ temporary nursery. I chatted with the new moms and dads of TechCrunch (past and present) to figure out the things that helped them the most in the early months.

We won’t get into things like carriers and car seats and strollers; those are pretty personal, and there’s no one-size-fits-all recommendation. Instead we focused on the things that surprised us with their usefulness. Some of them aren’t necessarily marketed toward parents, but make their lives easier. Some are things they didn’t think they’d need, but ended up using on the daily.

Here are some of the things that came up most: 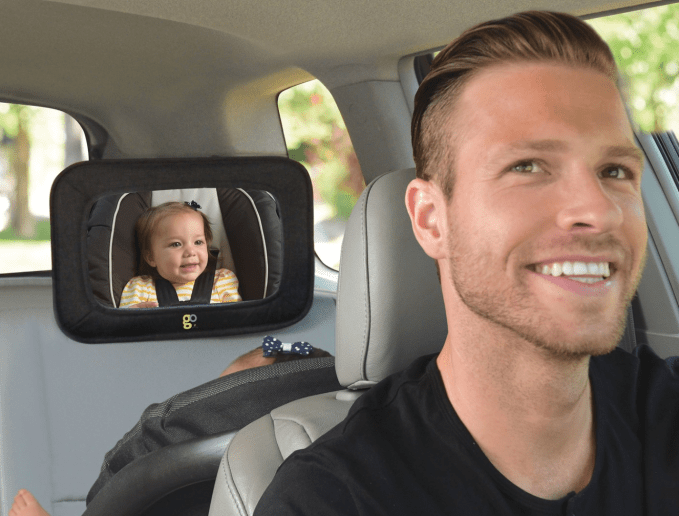 Age range: until the baby is moved to a forward facing car seat

For the first stretch of a baby’s life, their carseat is supposed to face the rear of the car. That means, of course, that you can’t see your baby in the rearview. That’s no fun.

These plastic (so no glass shards if it somehow breaks) headrest mirrors bring the baby back into view. I thought it was just comforting to us, until we were traveling and using a rental car. Our baby, who always seems to love car rides, was suddenly upset any time we placed him in the rental. We eventually realized it’s because his friend — the baby in the mirror — was nowhere to be found. As soon as the mirror was back, he was happy again.

We use the Go by Goldbug ($12). It’s easy to install, adjust, and move from car to car, and it feels super secure once it’s in place. 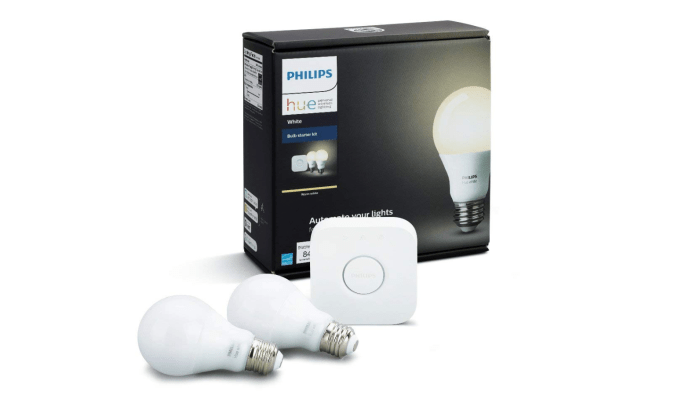 We’ve had Philips Hue bulbs in our house for a few years, but I honestly can’t believe how useful they’ve been since our baby arrived. Being able to turn on the light from your phone when the baby cries without going across the room to the switch? Magic. Being able to dim the light a bit with your voice (with the help of something like Google Home or an Amazon Echo) when your arms are occupied by an upset newborn? Sorcery.

A 2-bulb starter kit (including the required hub) goes for $70 on Amazon.

(There are lots of alternatives to Hue at this point, many of them cheaper. I like Hue because of the flexibility provided by the Hue line’s extensive options/accessories, because it works with Apple’s HomeKit and Google’s Home, and because the app is nice and stable.) 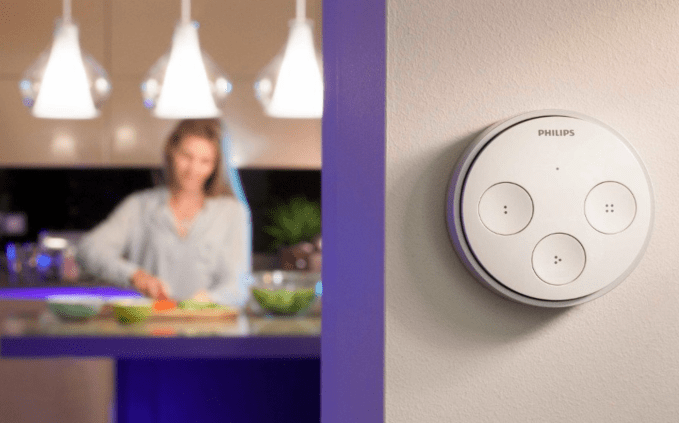 If you get the bulbs above, grab one of these Philips Hue Tap switches ($44 on Amazon) too.

I’ve probably poked this goofy little hockey puck a thousand times in the past four months.

That example I used earlier with the light switch being on the other side of the room? That’s my life. This thing, however, lets me bring a light switch anywhere; in our case, my wife and I each have one stuck on our nightstand. It has four buttons, each of which can set a Hue light to a different preset (like bright/dim/even dimmer/off). It lets me turn the light to just the right level of brightness without waking anyone up, without looking for my phone, and without wandering across the room in the dark.

Oh, and the neatest part: it doesn’t need batteries. The action of pressing a button charges it up just enough to send the command to the Hue bulb. 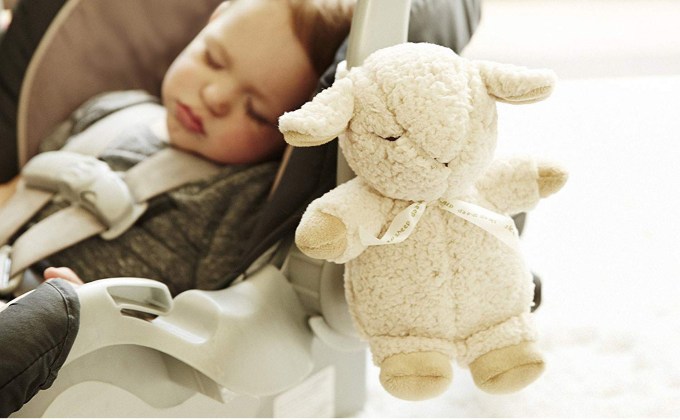 There’s about a thousand options for bringing white noise on the go, but the Cloud b Sleep Sheep ($32) has become my go-to.

It turns off automatically after 45 minutes, has an adjustable volume level, has velcro tabs to hook it onto a stroller, and multiple melodies/sound options like ocean sounds and lullabies in case the white noise gets tiring. And when it’s not in use? It just looks like a cute stuffed animal, rather than a whacky techno doodad. It requires two AA batteries, so consider also buying them some rechargeables. 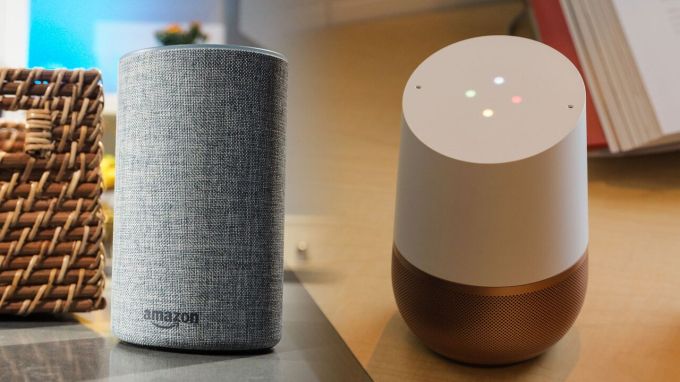 Like the Hue Bulbs, usage of my Google Home ($100) has skyrocketed since our baby came along.

Got a baby on the edge of falling asleep? Hey Google, play rain noises.

Want to watch your shows but the baby is already nursing in your arms? Hey Google, play The Good Place on the upstairs TV.

(Amazon Echos are a totally solid alternative. I like Google Home because it plays friendly with Chromecast, but if the recipient is more a Fire TV fan, go with the Echo) 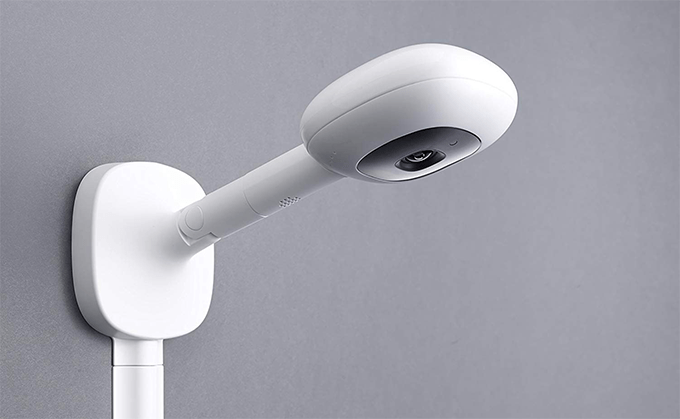 Age range: Any age, but extra useful in the first year or two.

Baby monitors are great! Sometimes it feels like baby’s naps are the only times in which you can get anything done, but you still want to keep an eye on them.

Unfortunately, a lot of baby monitors are insecure junk (see Rapid7’s report on baby monitor security here) requiring anyone who might want to eavesdrop into your house to use only the most basic of tools (like, say, another baby monitor.)

One option is to use a Nest camera ($199) as a baby monitor — especially if the house already has Nest cams setup elsewhere. Built by Google and battle tested by countless security researchers, it’s pretty dang secure. It’s not built specifically to work as a baby monitor, but it’s nice that it can just be used as a security camera once it completes its baby monitor duties.

Want something a bit more baby-focused? A few TechCrunchers use Nanit. The base model ($229) does HD Audio/Video, IR-based night vision, plus some neat bonus tricks like sleep tracking and temperature/humidity sensing. A slightly more expensive Plus model ($279) brings in two-way audio, if that’s a thing you ant.

And, as a huge plus, the company is pretty open about their security practices and self-auditing efforts. 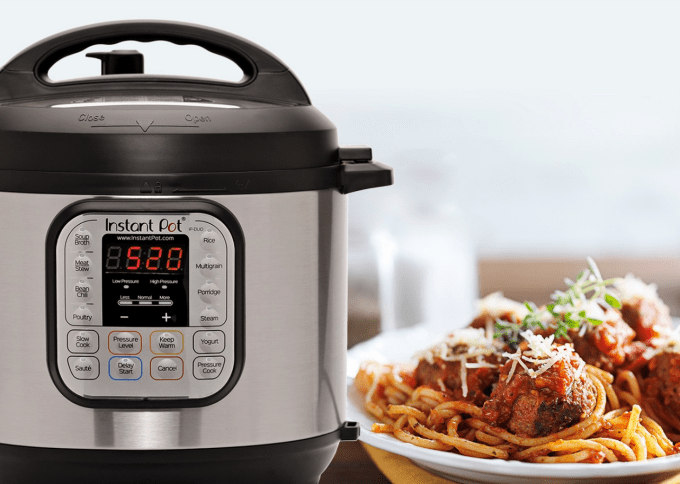 When baby comes, free time becomes a precious commodity. It becomes way easy to fall back to microwaveable meals or DoorDash every night. And hey, no judgement! If you’re finding time to eat most meals, you’re doing just fine.

But when you feel like making something for yourself but want it to be tasty and fast and relatively easy to cleanup, pressure cooking is a great option. InstantPot ($80 – $100, depending on the size) makes pressure cooking less daunting — prep ingredients, pop them in, close the lid, press a button.

Get’em a good pressure cooking recipe book too, while you’re at it. 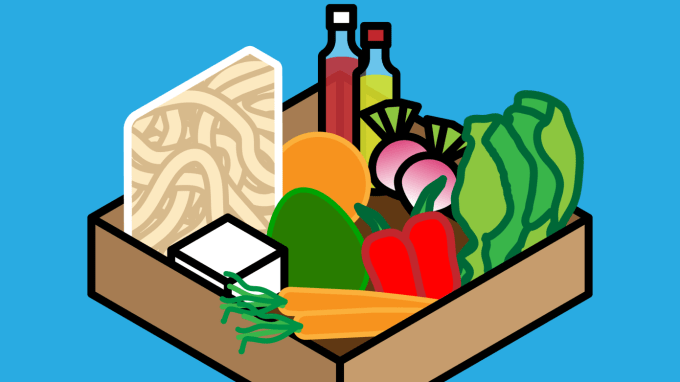 Age range: Extra useful in the first few months, but ask ahead

Meal delivery kits like Blue Apron and Sunbasket (both of which I used, the latter of which I ended up preferring) bring the ingredients to you, taking the least fun step out of the cooking process. They’ve boiled the instructions down to just a page or so, with most of the meals taking about an hour to do right. One month of meal deliveries will cost around $200-$250, depending on which service you go with.

As for which service to go with: this is the kind of gift that you want to consult the gift recipient about before. There are all kinds of different options now, with services that tailor to everything from veggie to keto to gluten-free. Don’t go sending them three months of meat if they’re herbivores, you know?

Age range: Literally any time before or after the baby arrives

I’ve asked a bunch of friends about this, and it seems wildly common: when the baby comes along, suddenly your phone gets dropped 10x as much. When the baby starts crying, it’s easy to forget that your phone was sitting on your lap before you stood up. And when the baby gets older, they will grab your phone and throw it off the table.

A good phone case — something that beefs up the phone without adding a ton of bulk, like an Otterbox Defender ($50) or a LifeProof Slam ($50) — will save your friends hundreds of dollars in screen replacements. 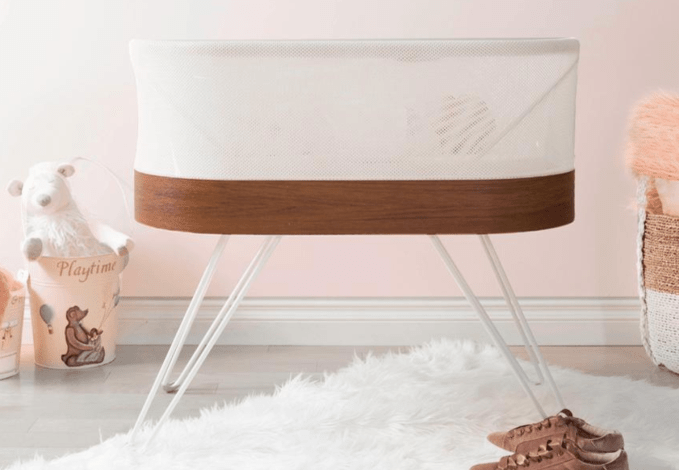 Age range: Newborn to “about 6 months” says the company (our son grew out of it at around 4.5 months)

Lets just get this out of the way: $1,200 for a bassinet is a little bananas. That’s one helluva expensive gift.

With that said, the Snoo is… just wonderful. Invented by pediatrician Harvey Karp (author of The Happiest Baby on the Block) and designed by Yves Béhar, it detects when a sleeping baby is starting to fuss, and plays a bit of white noise to try to shush’em back to sleep. If the baby continues to cry, it’ll gently rock them for a few minutes, gradually increasing the rocking through two additional stages. Baby still crying? It turns off and buzzes your phone in the off chance you’re somehow still asleep. It’s by no means a substitute for loving arms providing snuggles and warmth in the middle of the night — but when a baby is still in the early days of figuring out how to transition between sleep stages and is accidentally waking themselves up in the middle of the night, the Snoo might help everyone get a bit more sleep. Plus, the built-in swaddling system keeps the baby on their back while sleeping (as recommended by the American Academy of Pediatrics)

We went 50/50 on ours with some close friends who were having a baby a few months before us, and it worked out just perfect — our son came along just as their son was growing out of it. Our son is just about to grow out of it and into a bigger crib… and, well, we’re gonna miss the Snoo. 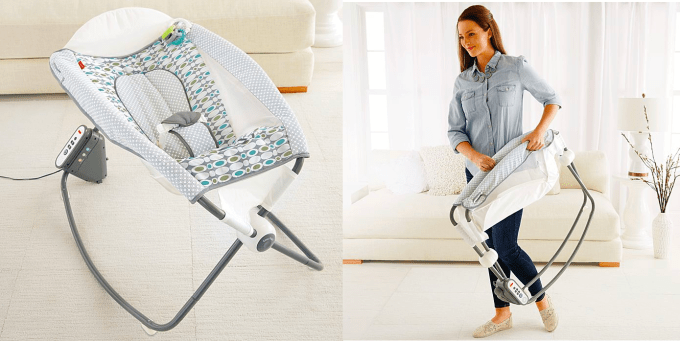 Age range: Until a baby is 25lbs or can pull up or sit up unassisted, says the manual.

This is one of the few things we bought, fell in love with, then bought another. When the crib is in another room and you just need a place for the baby to layback and hang out for a few, the Rock n’ Play (~$60) is fantastic. It can gently rock the baby and play white noise (but, unlike the Snoo, it’s constant — not just when the baby is fussing). It’s great for smaller homes/apartments, with a relatively small footprint and a super lightweight design that can fold right up when it’s not in use.

Age range: Newborn to around 3 years

Before our baby arrived, I didn’t quite understand why I needed a $100+ dollar cushion for our changing table. Any flat surface will do, right?

Turns out, babies are wiggle worms. They don’t understand why you’re pulling them out of their nice cozy crib just to set them on a cold table. Nor do they understand that falling from a few feet up would be bad news for everyone. They’ll roll right off, given the chance.

The Keekaroo Peanut helps make the changing table a bit more comfy, but also gives you a buckling strap and raised edges to help keep your lil’ acrobat from tumbling off (You still need to stay close to the table, of course.) It’s also SUPER easy to clean, thanks to the water-resistant surface.