The Notebook Flash is an entry-level laptop with a textured design. It looks like fabric but it’s made out of plastic. The screen doesn’t look great to be honest — it has a narrow viewing angle.

And specs aren’t that great. 64GB of storage, 4GB of RAM and entry-level Intel CPUs. The good news is that it has a bunch of ports — two USB-C ports, two big USB ports, an HDMI port, etc.

But it’s a laptop for schools and students who just want something basic. The Intel Celeron N4000 version is going to ship for $350 on January 15.

It’s slightly more expensive than Windows 10 S laptops, but you get a full version of Windows for that price. 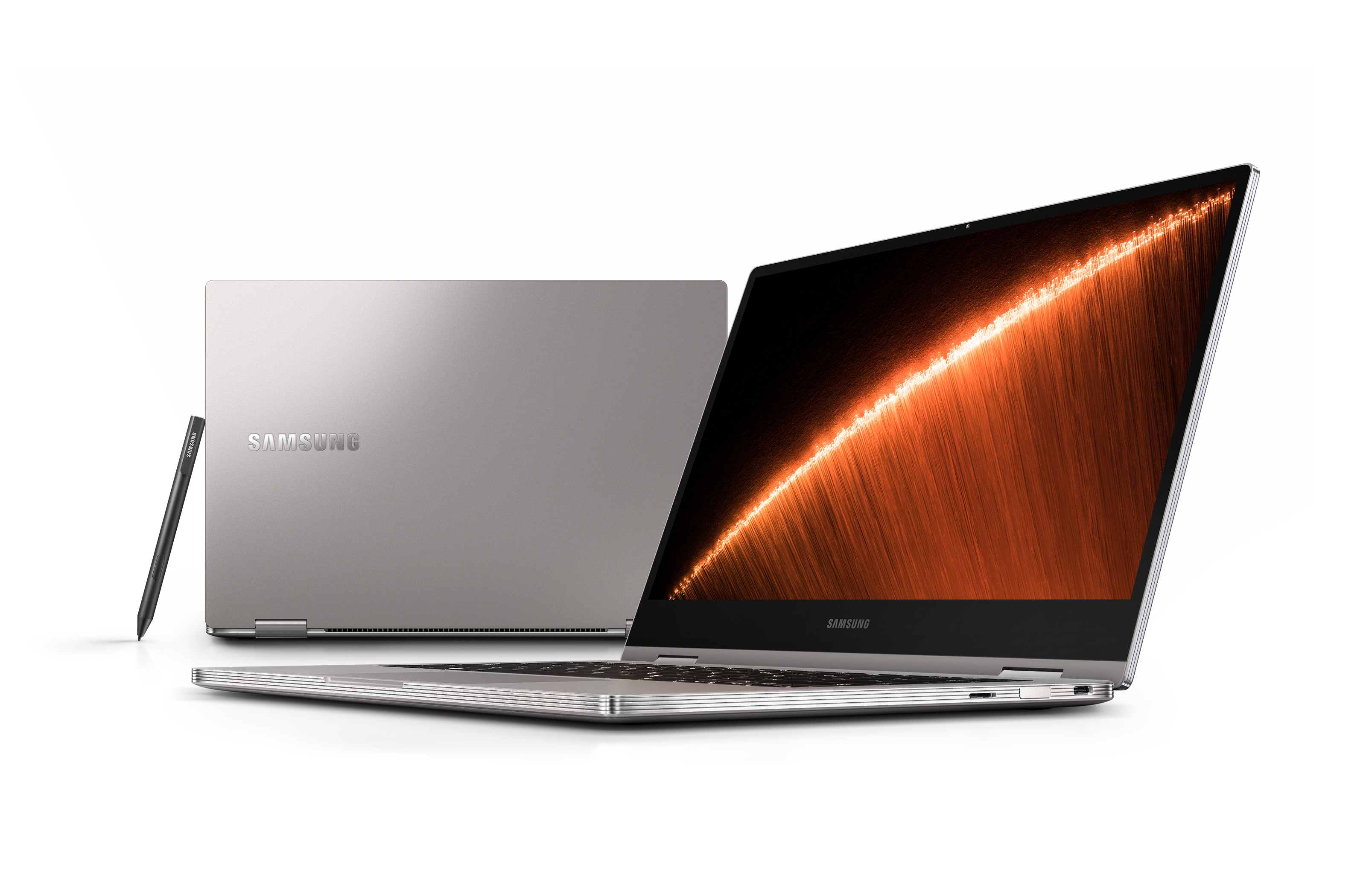 The 13-inch Notebook 9 Pro features a slimmer bezel and an updated backlit keyboard. There’s a fingerprint reader on the side of the device. You can convert it into a tablet by pushing the screen all the way. And the laptop comes with an Active Pen.

The default configuration comes with 256GB of flash storage, an integrated Intel GPU and 8GB of RAM. There are two Thunderbolt 3 ports, one USB-C port and a microSD slot.

Samsung is swapping the rounded edges for a sharper metal design. It looks more like a MacBook Pro now, but with a touch screen. Pricing hasn’t been disclosed yet.