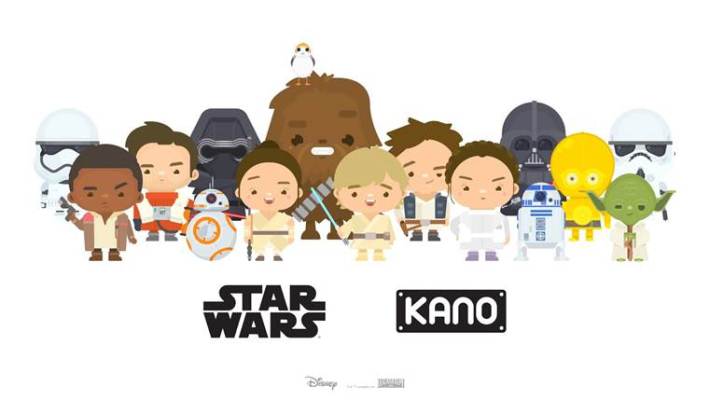 Educational computing kit company Kano announced today that it has signed a two-year licensing deal to create Disney-branded products later this year. Details are still pretty scant on how precisely the deal will take shape, but the first product looks to be a Star Wars-themed kit.

Kano, which is best known for its kid-centric computer kit, has already had success with third-party branding, including a Harry Potter wand kit, which was announced over the summer. Disney, too, has been more aggressive in licensing its IP to hardware startups, including, notably, STEM education companies like Littlebits, which has released both Marvel and Star Wars-themed products.

Of course, if Sphero’s struggles taught us anything, it’s that IP alone does not a successful product make. The company had an undeniable hit on its hands with the release of its BB-8 robot, but it flew a little too close to the sun when it effectively quadrupled its product output to include additional Star Wars robots and Pixar and Marvel-branded products.

Kano will also be taking a fairly ambitious approach to licensing, with several more brands already in the works.