What3Words breaks the world down into phrases 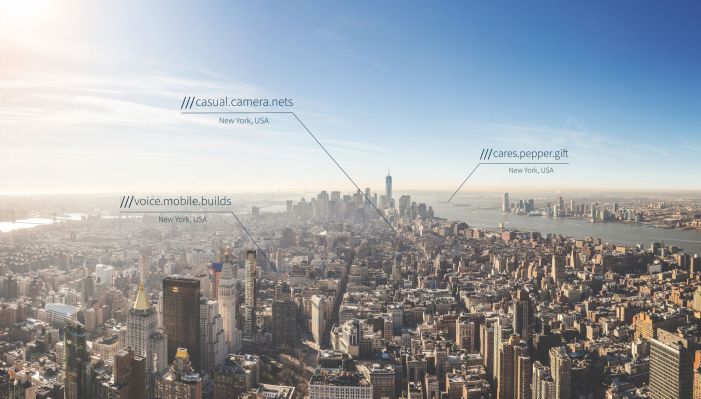 If you’re down in ///joins.slides.predict you may want to visit ///history.writing.closets or, if you’ve got a little money to spend, try the Bananas Foster at ///cattle.excuse.luggage. Either way, don’t forget to stop by ///plotting.nest.reshape before you fly out.

If things go what3words way, that’s how you’ll be sending out addresses in the future. Founded by musician Chris Sheldrick and Cambridge mathematician Mohan Ganesalingam, the company has cut the world into three meter boxes that are identified by three words. Totonno’s Pizza in Brooklyn is at ///cats.lots.dame while the White House is at ///kicks.mirror.tops. Because there are only three words, you can easily find spots that have no addresses and without using cumbersome latitude and longitude coordinates.

The team created this system after finding that travelers found it almost impossible to find some out-of-the-way places. Tokyo, for example, is notoriously difficult to traverse via address while other situations – renting a Yurt in Alaska, for example – require constantly updated addresses that do not lend themselves to GPS coordinates. Instead, you can tell your driver to take you to ///else.impulse.broom and be done with it.

The team has raised £40 million and is currently working on systems to add their mapping API to industrial and travel partners. You can browse the map here.

“I organized live music events around the world. Often in rural places. HeIfound equipment, musicians and guests got lost. We tried to give coordinates but they were impossible to remember and communicate accurately,” said Sheldrick. “This is the only address solution designed for voice, and the only system using words and not alphanumeric codes.”

Obviously this will take some getting used to. The three words might get mispronounced, leading to some fun problems, but in general it might be good to way to get around the world in a post-modern way. After all, some of the spot names sound like poetry and if you don’t like it you can always just go to ///drills.dandelions.bounds.