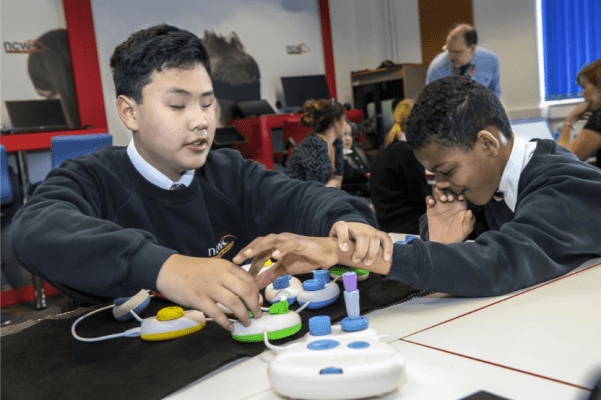 Microsoft just unloaded a whole bunch of news in time for the BETT education show. The most interesting bit of the bunch, however, is probably Code Jumper. The tethered hardware device is design to teach children who are blind or have otherwise impaired vision how to code.

The device is a continuation of Project Torino, which the company announced back in early 2017. Microsoft’s Cambridge, U.K. lab designed a “physical programming language,” which tasks kids with building programs by connecting pods.

“The project came about after the team learned the most popular path to introducing young children to coding,” the company writes, “usually called block coding, was not accessible enough because it couldn’t be read easily, not even with assistive technology such as a screen reader or magnifier.”

Microsoft is transferring both the research and tech to the American Printing House for the Blind, which is expected to make the product available to Australia, Canada, India, the U.K. and the U.S. in 2019. Addition countries will get access in the coming years.