Let’s be real, Donald Trump is the worst President America has EVER had. He is corrupt, creepy, crooked, cringe-worthy and a total piece of human crap.

That’s not debatable, that provable.

So what the Hell is with the so-called Evangelical Christians who support Trump 100%?

They don’t really believe in Jesus, they believe in power and they love the fact that Trump is shoving the ‘judges’ they love into America’s court system.

Guess what, that’s a losing proposition and the Evangelicals will never win a war with the real patriots of America. 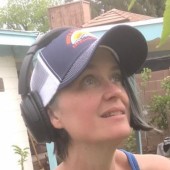