A July 1 news report that a pregnant 10-year-old girl from Ohio sought an abortion in neighboring Indiana has drawn intense national attention in the wake of the U.S. Supreme Court ruling last month striking down Roe v. Wade.

Abortion rights proponents — including President Biden — pointed to the incident as evidence of the cruel consequences of the court’s decision. But in the initial absence of any public corroborating details beyond an Indianapolis obstetrician’s account, opponents of abortion rights repeatedly cast doubt on whether the incident happened at all.

Then, Wednesday, less than 24 hours after Ohio’s attorney general — an anti-abortion Republican — slammed the Indianapolis Star for first reporting the story, law enforcement officials in Franklin County, Ohio, arraigned a 27-year-old man in the rape of the girl. A municipal court judge set a bail of $2 million for Gerson Fuentes of Columbus, Ohio. Detective Jeffrey Huhn had testified that Fuentes confessed to raping the girl at least twice, according to a videotape of the proceedings reviewed by NPR. (The proceedings were first reported by the Columbus Dispatch and the Star.) 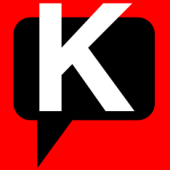